Liposculpture (lipomodelling) - is a less traumatic plastic operation which makes it possible to remove fat from problematic areas of the body (abdomen, waist, loins) and take it into places with insufficient fat (most often those are buttocks).

This operation became very popular lately and this year liposculpture was recognized the most quickly growing by the number of operations made in USA and Europe. It is for a good reason because it was confirmed by numerous researches that the line of transition from waist to buttocks is the most expressed symbol of sexuality both for female and male body. 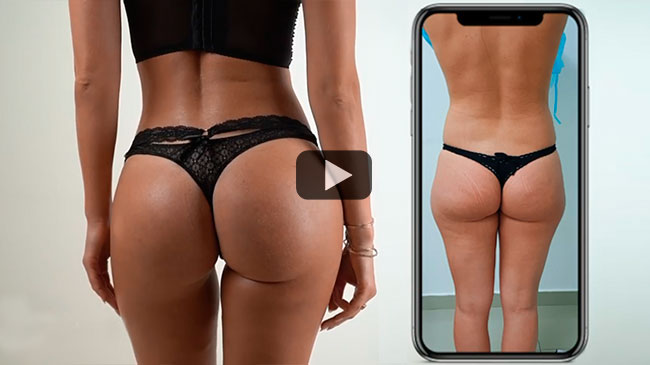 The core of lipomodelling is that fat is drawn in certain areas (liposuction) and then transplanted into areas with a deficit of fatty tissue (lipofilling). Here, fat can be drawn selectively.

For buttocks it is extremely important to take fat from loins. In this case, very beautiful “loins-buttocks” transition is achieved. The main secret is in good liposuction of loins and sides that form an ideal waist and moderate augmentation of buttocks. Here, buttocks become more resilient.

Also, one can make athletic abdomen with the help of liposculpturing. For example, one can form a deeper central line, press cubes. I will reveal a secret that the main clients of operation for formation of press cubes are fitness instructors, both men and women. Some of them really have a problem – they cannot make a nice ridged abdomen. In such a case, liposculpture is a way out. Over one hour one can receive an outcome which otherwise would take years to work on.

Photo: Liposculpturein 4 months. About 1 l was taken from sides and loins and only 500 ml was injected into buttocks. Weight of the female patient is the same before and after surgery. One can go to work on the next day

How does the operation take place

Liposculpture is done under general anesthesia or a variant of it – intravenous narcosis which is sufficiently easily sustained. Actually, this operation consists of two ones – liposuction (draw of fat) and lipofilling (injection of fat).

I apply the most advanced method for drawing of fat – tumescent liposuction with the use of PAL vibrocannulas, that break fat in a substantially more homogenous way compared to classic liposuction which tears fat out with a suction pump. Liposuction is never done to zero fat. In order to have a nice straight line with no bumps, one has to leave some layer of fatty tissue. Most often, I leave about 40% of initial amount of fat and this gives the most even result.

After that, fat is mixed and injected with a fine cannula in micro portions into areas with deficit of fatty tissue. . From my practice, 50% of fat is engrafted on average. Therefore it is necessary to inject excessive fat intentionally at lipofilling, more than necessary, while having in mind that the volume of fat will reduce. 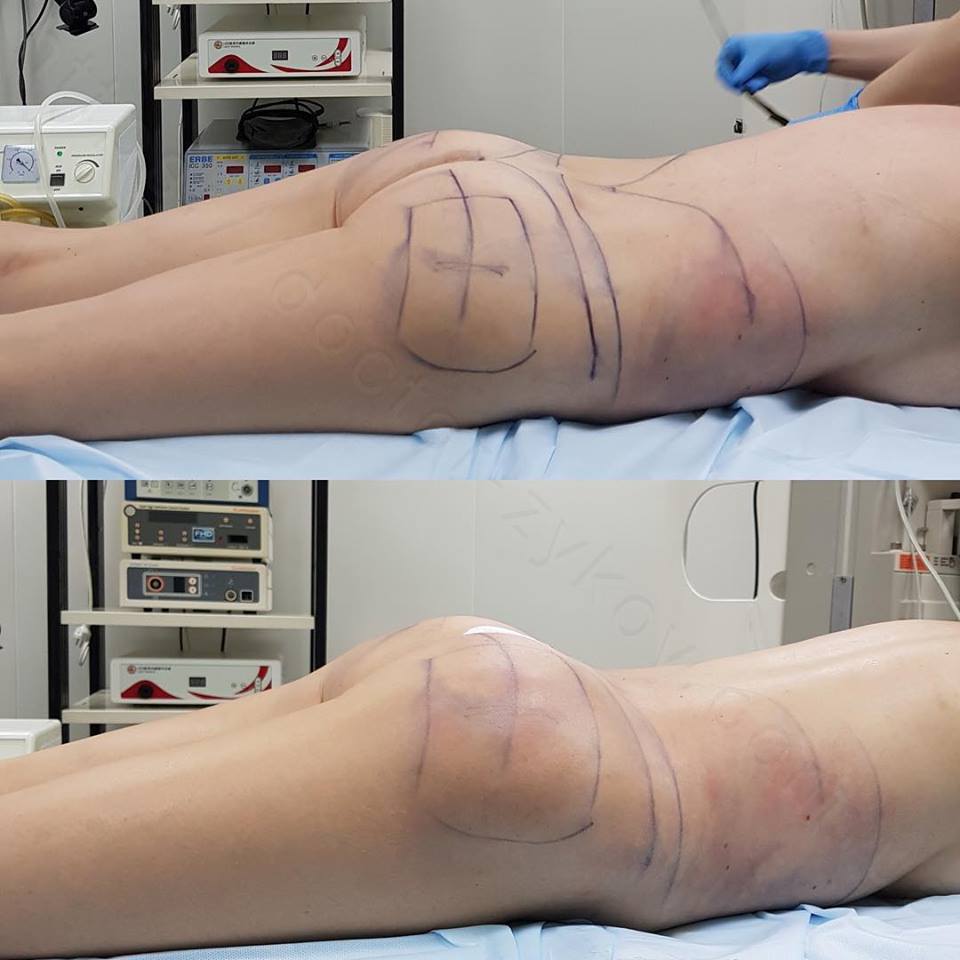 How does rehabilitation take place

Most of patients go home on the same day. 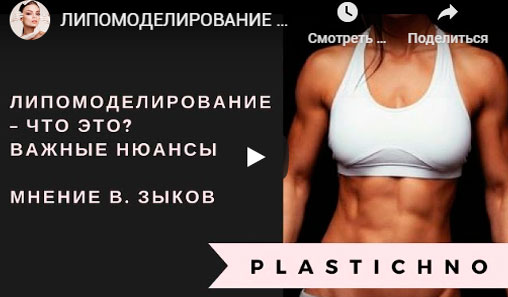 If you plan to go vacationing after liposculpture, take a gap of 2 – 3 weeks. As far as camouflage is concerned, it is not prohibited to use a concealing cream.

For how long does the result sustain

This surgery has a lifelong result, however,the effect of it can be blurred by weight gain. Therefore, it is extremely important to watch over one’s weight after the operation and try not to gain more than 2-3 kg. Sometimes I am asked how quickly will fat form up in the areas of liposuction? I respond that in those particular areas gain of fatty tissue compared to other areas is always less or absent as actually there are always fewer fatty cells capable of depositing calories there.

One cannot view liposculpture as a method of weight loss or a method of slimming. Lipomodelling is actually formation of beautiful lines, nice shapes. Drawing of fat is done in small quantities, normally 1-2 liters and therefore such operation does not affect general weight indicators.

* compression underwear is not included in the cost of the operation