Contours of lips play a decisive role in formation of an attractive image. According to modern standards, ideal lips look as follows: harmonious, young, slightly pudgy, clearly outlined, skin band of upper lip not prolonged, when smiling, upper teeth are bared by 2/3, lower teeth just slightly. One of the methods helping to achieve an ideal shape of lips is a plastic surgery of cheiloplasty..

Cheiloplasty is a method of plastic surgery that allows changing of shape of lips, their size and contours. . This is a real opportunity of correction of congenital or acquired defects and faults of lips that deform the appearance of a person and make him or her feel the inferiority complex.

Indications to esthetic cheiloplasty include asymmetric proportions of the mouth, age-related changes that include reduction of lips in size, prolongation of upper lips, wrinkles on it, as well as an individual desire of patients to change contour of lips or to increase their volume.

It is necessary to mention “Bullhorn”, V-Y-technique, “Paris” and shortening cheiloplasty among surgical techniques.

1) “Bullhorn” technique is aimed at correction of the upper lip. In English language this name sounds like “horns of a bull” as only a small area of skin is dissected resembling horns of a bull by its shape. This method provides for a stable aesthetic effect as it makes it possible to reduce the distance from red stripe of upper lip to external nasal septum. After removal of skin flap, soft tissues are fixed in the direction of periosteum and edges of incision made are stitched to each other. 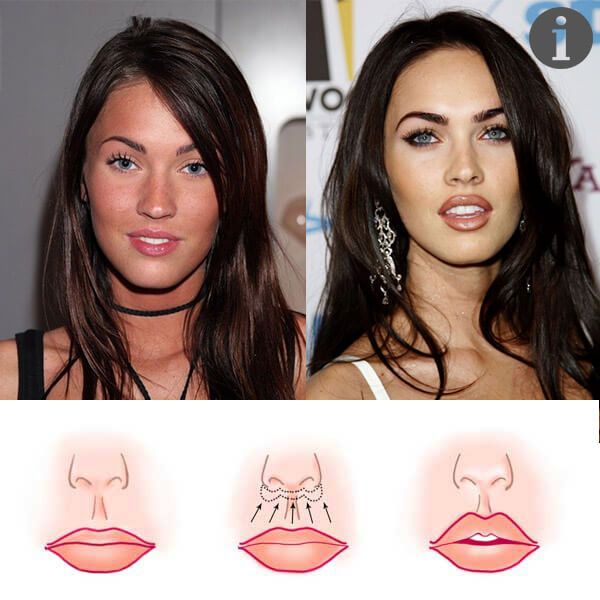 Due to reduction in volume of skin above the upper lip, the red stripe is lifted upwards and is slightly everted. This provides for a visual effect of a larger volume of the mouth as it becomes wider and lips become pudgy and tempting. The incision can be made in two places depending on individual specificities of appearance of the patient. The first technique presumes an incision on the edge of red stripe of the upper lip. However, the final scar can be noticeable in this variant. Therefore, in most cases, surgeons prefer to apply the second technique – making an incision straight under the nose. In this case, the scar remains practically unnoticeable. 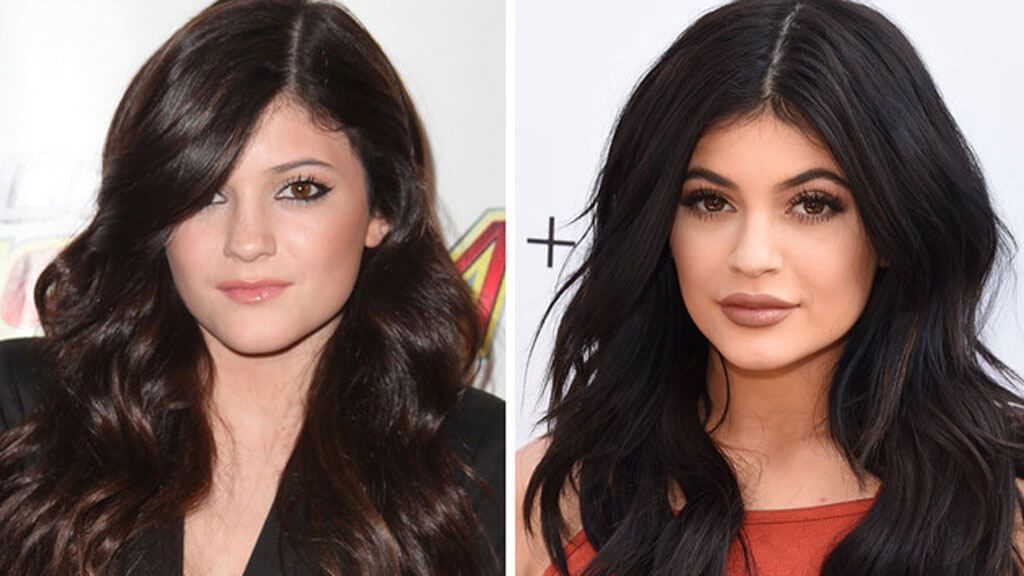 2) V-Y-technique  presumes making several V-shaped incisions on mucosa of internal surface of lips. All incisions are then stitched together in the shape of letter “Y”. Their number and length determine the effect – lip is increased only in the middle or on the entire length.

3) “Paris” technique is similar to above described one. The only difference is making both vertical and horizontal incisions. Middle part of the lip is corrected with the help of this method as it acquires the shape of a heart.

4) Shortening cheiloplasty is necessary in cases when lower or upper lip is too prolonged thus breaking proportions of the face and harmonious appearance of a human. Shortening is done by removal of a fragment of skin in the form of an ellipse.

Cosmetic change of proportions of the mouth can be achieved by means of injections. First of all, this is contour plastic of lips with the help of all kinds of dissipating bio gels on the basis of hyaluronic acid that provide for a temporary effect lasting for about one year on average.

The second variant of no surgery cheiloplasty is referred to as lipofilling. Here, own fat cells of the patient are injected into the lips of a patient as they are taken from other parts of the body. This procedure provides for a more stable effect. From my own experience I can tell that correction of lips with hyaluronic acid gives a better result compared to lipofilling.

The patient is sent back home in several hours after surgical cheiloplasty. Insignificant edemas, hematomas and some discomfort are observed in the restoration period. All these symptoms usually disappear within two weeks.

As a rule, sutures are removed on the seventh day. A very small scar will be noticeable within the next couple of months which then levels off.

As far as bruises and edemas are concerned, they are weakly expressed in most cases and can be easily concealed by decorative cosmetics. The final outcome of the procedure can be assessed in half a year.